Hi everyone,
Ever since I upgraded my Dell Inspiron 15-3521 laptop to Windows 10 from Windows 8.1 last year I’ve had intermittent issues with the touchpad. Specifically, about 25% of the times that I turn on the computer I’m completely unable to scroll up or down using two-finger multi-touch gestures (putting two fingers on the touchpad and moving them up or down to make a webpage scroll up or down, for example). The mouse cursor will also randomly stop responding for a few seconds at a time when the scrolling issue is occurring.
Usually, I just restart the computer to get around it but I’d like to fix the problem once and for all.

I’ve tried fixing the issue a number of times over the past few months by upgrading the drivers from Dell’s website as well as attempting other fixes suggested on other forum posts describing the same issues but haven’t had any luck. I’m ready to try anything you suggest, including things I may have done already (ex: downloading the latest drivers), preferably saving more drastic measures for last. In addition, I should mention that after upgrading to Win 10 I also began having intermittent issues with sound quality. when using headphones. Just mentioning it in case it helps with fixing the mouse pad issue. 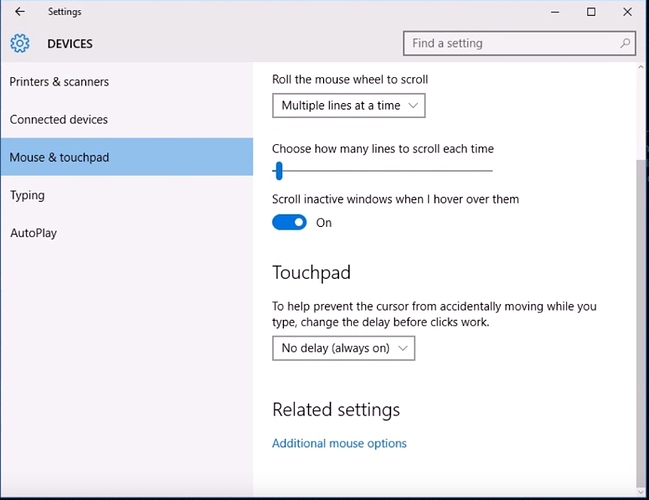