I upgraded one of my PC to Windows 10 version 2004. So far doing fine, no issues related to the performance, compatibility, or any BSOD. The first thing I always do is after installing the update, is differs the feature update options to the maximum of 365 days But ironically I didn’t find this option in Windows 10 version 2004. After googling I found out Microsoft has removed this feature and below explains why. 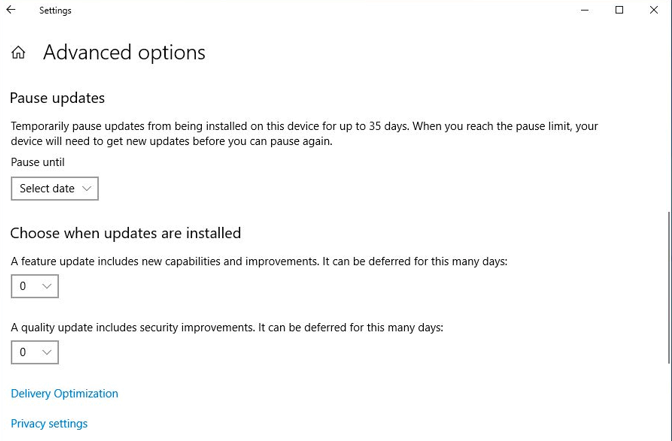 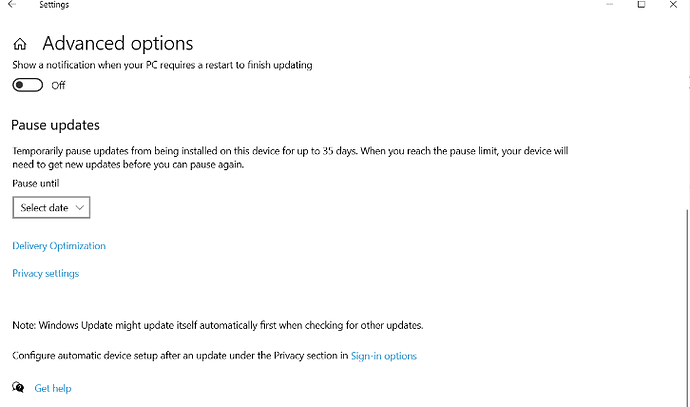 Microsoft stated that the setting was removed due to avoid confusion.

But still, you can differ the feature update

For Windows 10 Pro and other enterprise versions, you can still defer feature updates through Group Policies by launching the Group Policy Editor (gpedit) and go to Computer Configuration > Administrative Templates > Windows Components > Windows Update > Windows Update for Business > Select when Preview builds and Feature Updates are received or Select when Quality Updates are received. 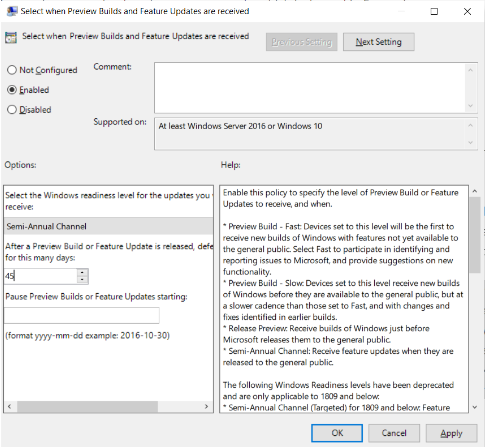 Instead, they can configure the following values under the HKEY_LOCAL_MACHINE\SOFTWARE\Policies\Microsoft\Windows\WindowsUpdate Registry key to defer updates. 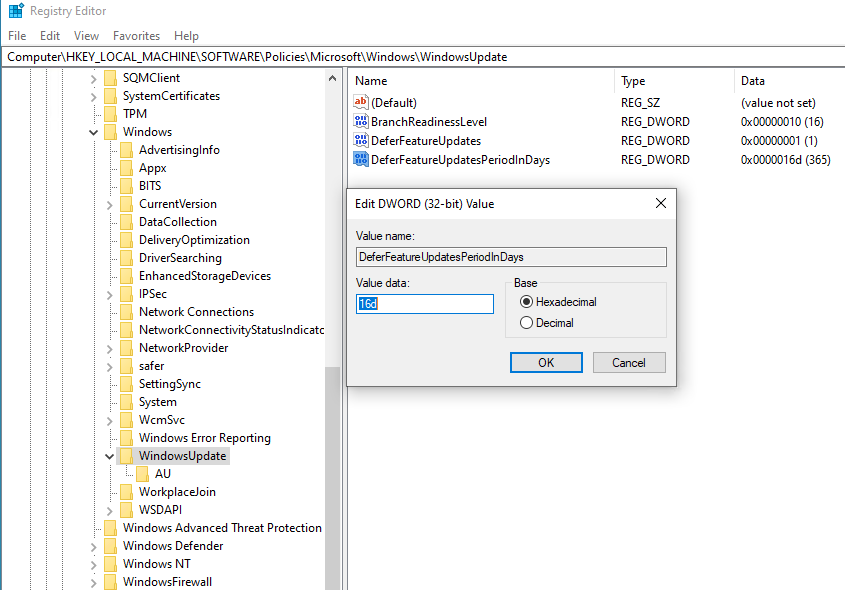 Note: If the registry key wasn’t available you need to create as shown in the above image. As I am using 365 days for that I have used a 16d as a value.

I hope this help if anyone has any question regarding this please feel free to ask me.

Hi @AnthonyD, Thanks for the useful information.